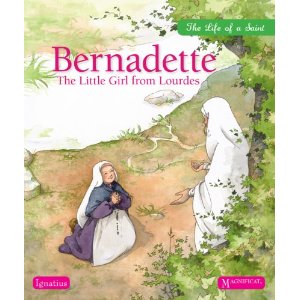 I have just come back from Lourdes where I eventually got round to reading Ruth Harris's fascinating Lourdes: Body and Spirit in the Secular Age. Harris is a historian at Oxford University and an exceptionally fair-minded historian. Coming from a Jewish secularist background, she went on a pilgrimage to Lourdes while writing this book and is clearly a sympathetic outsider.


Just occasionally her secularism struggles in the face of the miracles of Lourdes but, for the most part, she writes with an impressive open-mindedness and objectivity. Take this sentence, for example: "Of all the many marvels that Lourdes produced, de Rudder's cure shows the limits of historical explanation: while so many other healings could be the result of misdiagnosis - even in the apparently 'certain' realm of cancer, tuberculosis or paralysis - the case of de Rudder dismays and perplexes." (344-5)

The lack of a direct object is fascinating. Does she mean it dismays and perplexes her? Or historians? Or secularists? The intransitive use of transitive verbs perhaps only draws attention to the limits of the historical method.

But that's slightly by the by.

One reason I enjoyed the book was because Harris writes so well about Emile Zola and Lourdes. It is rather ironic that two of the most well-known novels about Lourdes were written by non-Catholics: Zola's anti-clerical and anti-Catholic Lourdes and Franz Werfel's much more sympathetic The Song of Bernadette (which was written to fulfil the vow the author made when he found shelter in the town while fleeing the Nazis during World War II).

According to Harris, "Zola's journal shows how his journey [to Lourdes] produced in him powerful emotions and an intense ambivalence, feelings that he would repress once he returned to the familiar philosophical, literary and political world of the capital. The resulting book returned to the terrain of literary naturalism, and many of the ambiguities of his experience were stripped away."

Most disturbing of all was his rewriting of history. As Harris again points out, "his reworking of the case of Marie Lebranchu was palpably untrue: she never did relapse [as described in Zola's novel] and remained the living embodiment for Catholics of his bad faith."

So where do we look for less jaundiced novelistic descriptions of Lourdes?

Brian Sudlow - who is a very interesting academic - has a short section on Lourdes in his Catholic literature and secularisation in France and England, 1880-1914. He mentions, among other mainly non-fiction accounts, Emile Baumann's L'Immolé in which one of the characters "prays in vain for a miracle to cure her invalidity, and obtains it only later in the novel through the miraculous waters of Lourdes."

I also came across the much more recent, but still untranslated, work of Bernadette Pécassou-Camebrac while in Lourdes. Both La Belle Chocolatière and Le Bel Italien look as though they would be well worth reading.
Posted by Roy Peachey at 21:13