Shakespeare and the Catholic Question 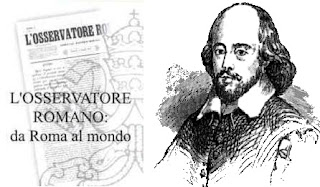 There has been renewed interest in Shakespeare and Catholicism in recent years. Particularly honourable mention ought to go to Dr Alison Shell of University College, London, Manchester University Press, which has brought out a number of interesting books, and Dr Thomas Rist.

However, despite this surge of interest in the academy, there is still a sense in which the debate is only just beginning to get going, which is why this new book, due out in June, looks so interesting. Here's the publisher's blurb:

"Why does Catholicism have such an imaginative hold on Shakespearean drama, even though the on-going Reformation outlawed its practice? Shakespeare's Unreformed Fictions contends that the answers to this question are theatrical rather than strictly theological. Avoiding biographical speculation, this book concentrates on dramatic impact, and thoroughly integrates new literary analysis with fresh historical research. In exploring the dramaturgical variety of the 'Catholic' content of Shakespeare's plays, Gillian Woods argues that habits, idioms, images, and ideas lose their denominational clarity when translated into dramatic fiction: they are awkwardly 'unreformed' rather than doctrinally Catholic. Providing nuanced readings of generically diverse plays, this book emphasises the creative function of such unreformed material, which Shakespeare uses to pose questions about the relationship between self and other. A wealth of contextual evidence is studied, including catechisms, homilies, religious polemics, news quartos, and non-Shakespearean drama, to highlight how early modern Catholicism variously provoked nostalgia, faith, conversion, humour, fear, and hatred. This book argues that Shakespeare exploits these contradictory attitudes to frame ethical problems, creating fictional plays that consciously engage audiences in the difficult leaps of faith required by both theatre and theology. By recognizing the playfulness of Shakespeare's unreformed fictions, this book offers a different perspective on the interactions between post-Reformation religion and the theatre, and an alternative angle on Shakespeare's interrogation of the scope of dramatic fiction."

It's difficult to tell before seeing the book of course, but that sounds to me like a very interesting thesis.
Posted by Roy Peachey at 01:00 5 comments:

Hemingway and the Catholic Question 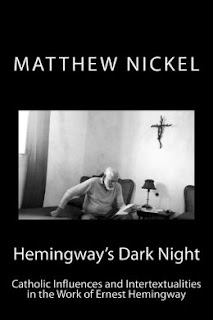 I've written about Hemingway a few times before (see here [on 47 endings], here [on his Catholicism], here [in relation to Cormac McCarthy], here [on writing], here [on Farewell to Arms], and here [on Pilgrimage]) so I'm delighted to have been told in the combox about a new book on Hemingway's Catholicism.

The really good news is that it's affordable (especially the Kindle version) and comes highly recommended by H. R. Stoneback, doyen of Hemingway scholars.
Posted by Roy Peachey at 00:30 No comments: 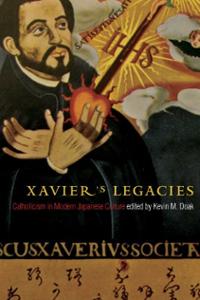 Just over two years ago I wrote a post bemoaning the lack of translations of Catholic literature from around the world. However, things are beginning to change.

Professor Kevin M. Doak of Georgetown University has now translated Sono Ayako's Kiseki ('Miracles'), a book which focuses on St Maximilian Kolbe's canonisation. It will, I hope, be available in the not too distant future.

However, while we wait Professor Doak has edited another excellent book, Xavier's Legacies: Catholicism in Modern Japanese Culture which has a chapter on Sono Ayako. If you want a flavour read his fascinating introduction via the previous link.

It's not just Japan that is getting a little more exposure: China is beginning to create ripples too. One of Fan Wen's novels is due out in French translation in a fortnight's time.

And, I happened to notice, Pope Francis, who taught literature for a while, quoted Leon Bloy in his inaugural mass in the Sistine Chapel today.
Posted by Roy Peachey at 21:02 No comments: