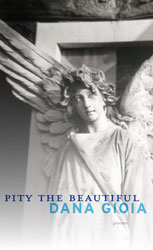 There's an interesting article in this week's Catholic World Report on Dana Gioia, a poet and a major public figure in the US who is less well known on this side of the pond. It is heartening for us in the UK not only to see Catholics in such positions but to hear them speak openly about their faith (as Gioia does here).

You can read some of Gioia's poems, essays and reviews on his website but I'd like to draw attention to a couple of poems from his most recent collection Pity the Beautiful that might work well in the classroom: 'Majority' and 'Pity the Beautiful' itself.

His lecture on 'The Catholic Writer Today' also sounds fascinating, though I can't find a copy of the text or a recording of the lecture itself. The lecture is summarised here and here.
Posted by Roy Peachey at 19:26 1 comment:

The Curse of the Darkling Mill 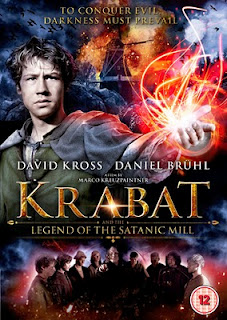 First published in German as Krabat, then translated into English as The Satanic Mill, Otfried Preussler’s haunting children’s story was later republished in English with the rather bland title The Curse of the Darkling Mill.

Despite the success of the film of the novel, the book is still very difficult to obtain in English, which is a real shame because it is both “an eerie tale of sorcery and nightmares” (as the publishers describe it) and a deeply Catholic work.

The novel is given an explicit Christian context from the very first pages when Krabat and two friends, dressed as the Three Kings, are begging during the Christmas season.

However, it is Krabat’s pride, his rejection of the other magi, which, at least in part, brings about his downfall. By breaking the highly symbolic group of three beggar boys and striking off on his own, he places himself in the power of an evil miller and becomes one of his twelve dark apprentices. Quite what he has let himself in for only becomes apparent later in the novel when he discovers that the mill is grinding not wheat but human bones.

Krabat is an assertion of the importance of the Wendish culture and language in modern day Germany as well as a Christian fable, but it is also a meditation on Hitler’s rise to power and the horrors of the holocaust. Krabat becomes, if not one of Hitler’s willing executioners, then at least an accomplice as he is seduced by the mill’s material comforts into ignoring the evidence of evil around him.

After a while the evidence becomes too hard to ignore completely: each New Year one of the apprentices is murdered and replaced but by then Krabat is in too deeply to be able to escape. When his friend, Tonda, is murdered Krabat tries to say the Lord’s Prayer over his grave, “but somehow it had slipped his memory; he began it again and again, but he could never get to the end of it”.

Drawn deeper and deeper into the mill’s satanic rites, Krabat’s only link with the outside world comes each Easter when he hears the voice of a young girl singing as part of the village’s Easter procession. Ultimately, it is this young girl and the power of love which overcomes the darkness but to write more would be to spoil the plot even more than I have done already.

This is a book which packs a punch: Preussler, one of Germany’s best-loved children’s authors, writes about both the banality and the lure of evil. However, in a world where few topics now seem to be off-limits for children’s fiction, we should not be concerned about a book which deals with such topics from a Christian perspective and without preaching. The Curse of the Darkling Mill deserves to be more widely read.
Posted by Roy Peachey at 12:33 No comments: 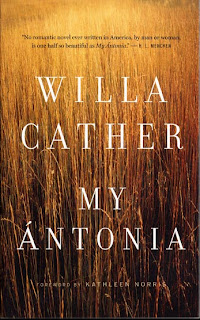 Anthony Radice has an interesting post about Willa Cather's My Antonia on his blog, A Tiny Son of Mary.
Posted by Roy Peachey at 20:11 No comments: 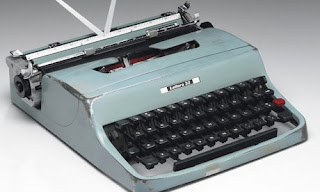 It is perilous to attempt to analyse too specifically what any author gains from those who have gone before but I can't help but wonder whether light cannot be shed on the final enigmatic paragraph in Cormac McCarthy's The Road through reading one of Hemingway's fine short stories. [Incidentally, for more on (what I've written about) Hemingway click here and here.]

Many have commented on The Road's unexpected ending:


"Once there were brook trout in the streams in the mountains. You could see them standing in the amber current where the white edges of their fins wimpled softly in the flow. They smelled of moss in your hand. Polished and muscular and torsional. On their backs were vermiculate patterns that were maps of the world in its becoming. Maps and mazes. Of a thing which could not be put back. Not be made right again. In the deep glens where they lived all things were older than man and they hummed of mystery."

But few have compared it with the opening of Hemingway's 'Big Two-Hearted River' which also deals with a dead landscape and trout that live on in the streams:

"The train went on up the track out of sight, around one of the hills of burnt timber. Nick sat down on the bundle of canvas and bedding the baggage man has pitched out of the door of the baggage car. There was no town, nothing but the rails and the burned-over country. The thirteen saloons that has lined the one street of Seney had not left a trace. The foundations of the Mansion House hotel stuck up above the ground. The stone was chipped and split by the fire. It was all that was left of the town of Seney. Even the surface had been burned off the ground."

So far so apocalyptic, one might think. But the story continues:

"Nick looked at the burned-over stretch of hillside, where he had expected to find the scattered houses of the town and then walked down the railroad track to the bridge over the river. The river was there. It swirled against the log piles of the bridge. Nick looked down into the clear, brown water, coloured from the pebbly bottom, and watched the trout keeping themselves steady in the current with wavering fins. As he watched them they changed their positions by quick angles, only to hold steady in the fast water again. Nick watched them a long time."

There are plenty of differences between the two stories, of course. Nick is a solitary character whereas The Road is a novel about relationships; Hemingway's trout survive the fire storm: McCarthy's are only a memory. But I don't think it's too fanciful to see in McCarthy's novel a trace of the Hemingway story.

So what reason could there be for this literary recollection? One possibility, I think, can be found a few paragraphs on in Hemingway's story. "Seney was burned," the narrator tells us, "the country was burned over and changed, but it did not matter. It could not all be burned."

As I've argued before, The Road is a strangely hopeful novel but it is an open-ended one. Does the boy survive? Is the destruction total? What the final paragraph in its literary context may suggest is that the answers to those two questions are 'Yes' and 'No'. There is a place where the fire has not burned. Survival is possible. And with survival may come love, the deep mystery that hums at the heart of this great novel.
Posted by Roy Peachey at 22:14 No comments: 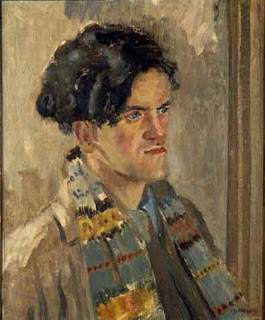 There is some really interesting work going on in Scotland at the moment. Juliet Linden Bicket, for example, submitted her PhD thesis this year on A 'God-ordained web of creation': the faithful fictions of George Mackay Brown.

"This thesis represents the first extensive examination of the ‘faithful fictions’ of the Orkney writer George Mackay Brown (1921-1996). Until now, critical appreciations of the Catholic imagination informing Brown’s opus have been vague and Brown has been seen as a throwback; his Catholicism only part of a reactionary impulse that denies modernity a place in his oeuvre. Through a thematic critical analysis of four major strands of Brown’s corpus that display his Catholic imagination, it is contended that Brown has been misunderstood by the Scottish literary-critical tradition, and that his creative work on religious subjects is diverse, experimental and devotional. The thesis provides a biography of Brown’s faith. It looks at his conversion accounts, and it discusses the interaction between these and other accounts of (spiritual) autobiography. The thesis looks in a detailed way at three mediators of grace in Brown’s faithful fictions: the Virgin Mary, St Magnus, and Christ, whose nativity Brown frequently depicts. By discussing their different roles, depictions and the various literary forms that tell their stories, this study will discover the ways in which Brown encapsulates his Catholic faith in his creative work.

"The thesis questions whether Catholicism harms his literary output, as some critics have suggested, and shows the ways in which Brown’s writing interacts with other Catholic literature – old and new, at home and abroad. Manuscripts, including several unpublished poems, plays and stories, will be referenced throughout, as will rare and unseen correspondence. The thesis takes in the entire scope of Brown’s body of work and is not limited to a single mode or genre in his corpus. Ultimately, this study contends that Brown is an excellent case-study of the neglected Catholic writer in twentieth-century Scotland, and that there is much work to be done in appraising the Catholic imaginations of many post-Reformation Scottish Catholic writers."

So let's have a look at some of these neglected Catholic writers. I've blogged here and here about Muriel Spark and there's a huge amount to say about George Mackay Brown himself, including what Juliet Linden Bicket writes here.


We could also mention Bruce Marshall, Compton Mackenzie and others, but I want to draw attention to someone who is virtually unknown south of the border: Fionn Mac Colla, some of whose work can be found here. There is much in his work to challenge any English speaker but it's clearly a challenge worth facing.

As Juliet Linden Bicket rightly points out, "there is much work to be done in appraising the Catholic imaginations of many post-Reformation Scottish Catholic writers." Let's hope that her work is just the beginning of this reappraisal.
Posted by Roy Peachey at 19:31 3 comments: