Catholic fiction from across the world 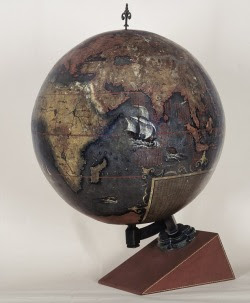 As I have written elsewhere, we might like to think that, as Catholics, we are particularly aware of the need for catholicity but, in truth, we are as likely as anyone else to become parochial the moment we step inside a bookshop.

Part of the problem is a lack of translations. Many excellent Catholic writers, like the Argentinean novelist Manuel Gálvez, are almost unknown outside their own countries. Almost fifty years after his death, Gálvez’s work is now beginning to be re-evaluated but other authors have been less fortunate.

The great Chinese writer and critic, Su Xuelin, for example, found herself effectively marginalised as a woman, an anti-Communist and a Catholic after the Communist victory in 1949. Even today much of her work – like Ji Xin, a semi-autobiographical account of a young woman’s conversion to Catholicism – remains out of print and untranslated.

Even when authors do manage to find translators, their more explicitly Catholic works are often neglected. Japan’s leading Catholic novelist, Ayako Sono, has had two of her novels translated into English but her non-fiction book about St. Maximilian Kolbe can still be read only in Japanese, despite its being described as a “minor classic” by the renowned critic and translator, J. Philip Gabriel.

And so we could go on. Catholics from around the world languish in untranslated neglect because are neither fashionable enough nor secular enough to break into the publishing mainstream.

However, this is not the whole story: there are plenty of Catholic writers from Japan to Trinidad, from Indonesia to Nigeria, whose books have either been translated or were written in English in the first place.

Uwem Akpan, for example, is not the first African priest to have written fiction but, writing in English, he has received more international plaudits than any of those who have gone before him.

Patrick Chakaipa, who was head of the Catholic Church in Zimbabwe until his death in 2003, may have been the leading Shona novelist of his age but his works have remained virtually untranslated. Akpan, by contrast, has received rave reviews from, among others, the New Yorker, the Sunday Times and the Guardian.

Willi Chen, a Trinidadian of Chinese descent, is another remarkable Catholic to have written in English. A baker, painter and church designer, as well as an author, Chen is about to publish his third collection of short stories.

Chen may not have the same range as Akpan but he too does not shy away from contemporary problems. Chutney Power and Other Stories, his second and more obviously Catholic collection, deals with everything from family breakdown to rape and murder.

However, the prevailing tone, largely established by the exuberant use of language, is celebratory, especially in the Christmas stories. Reconciliation and a love of life are never far from the surface of Chen’s work.

By writing in English, Akpan and Chen have gained at least some exposure in this country. Asian Catholics, by contrast, have suffered from severe publishing neglect.

The remarkable Indonesian priest, novelist, architect and political activist, Yusuf Bilyarta Mangunwijaya, for example, wrote eight novels but only two of them - The Weaverbirds and Durga Umayi – have been translated into English.

The former deals with the Indonesian revolution in a relatively conventional style while the latter, by contrast, is an avant garde tour de force. Mangunwijaya was a major force in his own country but he is hardly known in the Anglophone world.

The situation in Japan is not much better. Despite only a tiny percentage of the population being Catholic, there have been an amazing number of Catholic authors in the last hundred years. However, with the exception of Shusaku Endo, they are virtually unknown in the West.

Part of the reason, admittedly, is because reading their work is rarely a comfortable experience. For example, Toshio Shimao’s most powerful – and, in many ways, most Catholic – stories revolve around his marital infidelity and his wife’s subsequent mental breakdown.

However, out of the darkness of these experiences, which are described in excruciating detail in the “sick wife” stories, Toshio Shimao found redemption in Catholicism and began to believe that “my wife was God’s way of testing me. I could not see God; what I saw was my wife.”

The only two of Ayako Sono’s novels to have been translated into English, The Watcher from the Shore (literally God’s Soiled Hand in the original Japanese) and No Reason for Murder, are similarly challenging. The former deals with abortion and the latter features a serial murderer.

Like Job, Ayako Sono often finds God to be elusive and enigmatic and so much of her work focuses on a very human search for the divine in apparently unpromising circumstances.

After mass murder, abortion and mental illness, it would seem counter-intuitive to turn to nuclear warfare for inspiration but perhaps the most hopeful and inspiring works to have emerged in Japanese Catholic literature in the last hundred years came out of the bombing of Nagasaki at the end of World War II.

One of the survivors of the bombing of Japan’s most Catholic city was a remarkable radiologist, Takashi Nagai. In The Bells of Nagasaki Nagai describes the moments immediately before and the days after the explosion.

He writes as a scientist, a doctor and a patriot, dealing with the impact of the bomb on individuals and on the community he served in a disconcertingly calm and measured manner.

There is much to challenge western readers in The Bells of Nagasaki, the author’s description of the bombing as “something beautiful, something pure, something sublime” being the most obvious.

For Nagai, the bomb created the last in a long line of Nagasaki martyrs who, through their sacrifice, brought “peace to the world and freedom of religion to Japan.” It is not a comfortable vision but, given Nagai’s personal expertise, humility and sheer goodness, it is a vision that demands to be taken seriously.

There are other books that look at the bombing of Nagasaki from a Catholic perspective – Chikao Tanaka’s The Head of Mary, for example – but Nagai’s is a classic.

Among all the books by Japanese Catholics which deal with the horrors of the twentieth century, The Bells of Nagasaki is the one which offers perhaps the most authentically Catholic vision of faith, hope and love.